Due to a movement made by the Voluntary Health Insurance Scheme (VHIS), various insurance companies in Hong Kong will expand its services. Generally, this means coverage for people with minor pre-existing medical conditions.

The program, which was launched last April, saw the VHIS extend its utility, albeit to a limited extent, to patients who can prove to have no prior knowledge of their underlying ailment. This is a major development both in the Hong Kong insurance and healthcare scene, considering that a majority of private health insurers do not consider these types of illnesses as part of their range of services.

However, it won’t be long before the city providers follow suit. Alexander Chiu believes that Hong Kong’s providers will soon include mild known pre-existing illnesses, although with higher costs. Chiu, who is the medical director of health at AXA Hong Kong considers that demand is not met by policies that have already been established, as the new VHIS system only covers pre-existing ailments that have yet been diagnosed. Chiu also believes that many are willing to buy into health insurance, but are unable to do so because they are limited by their conditions.

VHIS, which is endorsed by the Hong Kong government, was conceptualized to rally for healthcare. It was made to encourage citizens to heavily invest in their future state of health, should a necessity rise to the occasion. Overshadowed by mostly a geriatric population and a slowdown in government investment, Hong Kong aims to expand on this concept to relieve a convoluted public hospital system.

VHIS promises to provide coverage for individuals until they reach a hundred years old and hopes to cater to about five million Hong Kong citizens who do not have any form of private health insurance.

To be made certain of a pre-existing condition means that the patient must not have been given a diagnosis prior to carrying the effects of the disease. A wide example of these pre-existing conditions covers a number of diseases from non-alcoholic fatty liver diseases to brain arteriovenous malformation, both of which takes years to form without any form of symptoms.

VHIS differs from the “Obamacare” of the West, which was developed by the previous administration of the US. “Obamacare” covers ALL pre-existing conditions, and its costs are distributed across the areas that are insured.

Chan Kin-por, a member of the Legislative Council of Hong Kong, said that recent years have been more accepting of clients with pre-existing conditions.

“Insurers (have) been willing to offer coverage excluding certain diseases directly or closely related to the pre-existing condition, sometimes at a higher premium depending on the case,” he said.

However, the endgame is still a big question. A long term solution to coverage for chronic diseases will need the Hong Kong government to gather more funds to help the statistics with high-risk individuals who have pre-existing conditions.

Investment, in the most basic sense, is all about sacrificing something now for the greater good of the future. The payoff depends on many factors and does not solely rely on how much you invest. However, like all cases, there will always be underlying costs and trades that you should be aware of before jumping right into it.

Vigilance is important. You need to learn to foresee possible changes and learn to handle intangible costs. All of these will have a huge impact on how your seeds will be cultivated, and how your money will grow. Investment is volatile. The more you throw yourself into it and always “touch” it, the more you will be bound to lose it. The last thing you want to do is losing much more than earning. Expenses can be dangerous, even more so when they are misunderstood and aren’t given enough preparation

Here are life-saving tips for everyone who ever braves the waves of investment.

They say every move you make these days costs a lot. It gets so severe that spending is forever, and is inevitable as much as breathing. You begin investing with the idea of saving money. A lot of funds can help you out with that. But which is the best? Without any idea, you jump into your favourite bank but suddenly they come clean and tell you that you have an initial fee, which can sometimes be bloated to 5 per cent. It is important to land with the best choice and settle with an adviser who can offer entry funds without costs.

Basically, any corporation holds policies on exit fees to compensate for the loss of your account being terminated. It’s a little harder to find providers who offer expense-free exit fees, but always be aware of this and ask about the details right away.

There’s no skirting around the edges on this one. There will always be expenses when it comes to investing. The most positive outcome around it would be to MINIMISE expenses so not a lot would be lost. Investments should be kept simple and transparent. Period.

“Reduction in yield” is the key. Never forget. Chances are, if you’re planning to purchase an insurance-linked investment product, there will be a lot of loopholes that they will try to get over your head. Basically, reduction in yield shows the overall effect of changes to a policy. You will be able to predict how the percentages will hit your investment. Some establishments don’t open this freely and will only be revealed if you asked, so it’s equally important as other pointers.

You have to pay the man. It’s not exactly easy handling other people’s investments. Again, the best choice is to settle with an investment that can have the lowest fees possible. Some cases have fees exceeding two per cent every year, and that isn’t good.

Protect your investment with the right insurance. We help find the best covers for expats and businesses in Hong Kong. Get in touch with us today. 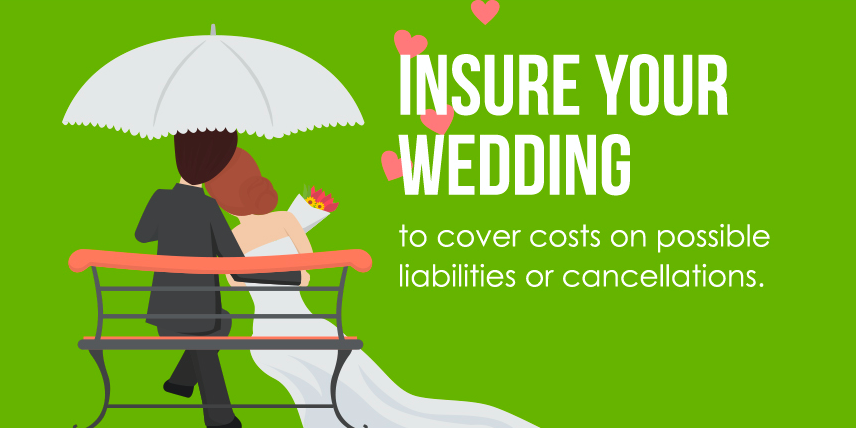