While there are excellent public transport options in Hong Kong, there are definitely instances where having your own wheels makes life easier.

Here are tips for expats who plan to purchase a used car in Hong Kong:

You might want to ask the following questions that are the most commonly asked in Hong Kong:

“How many previous owners has the car had?”

A car with many owners can be difficult to sell. Bear in mind, if a car has been imported from overseas then the number of previous owners shown will be zero.

“How many kilometres has it done?”

It can be difficult to accumulate kilometres on a car in HK. High-mileage cars are a big deterrent, especially for sporty cars, as these tend to get driven on weekends only.

“What’s the expiry date of the vehicle licence (registration)?”

Registration in Hong Kong is valid for one year. The fee is based on the engine size. Cars that are seven years or older will need a roadworthiness inspection (MOT) by a government-appointed garage within four months of renewing the vehicle licence.

If you’re happy after the initial Q&A, the next step is to meet with the owner. We suggest viewing the car during the day. Have a thorough look at the exterior and interior of the car, and at any maintenance history and receipts the owner may have. It’s rare to find cars with a full history, and the common story is that the missing records were “lost”. Most owners will be hesitant to allow you to test drive a car; instead, they’ll offer a “test ride” where you sit in the passenger’s seat for a drive.

If you’re happy with the condition of the car and ready to make a deal, what price should you offer? As with most things in Hong Kong, negotiation is common; it’s not unreasonable to offer 20% below the asking price. Once you both agree to a price, a five% deposit should secure your commitment. We strongly recommend you arrange an inspection; these range from HK$500 to $2,500 and can save you a lot of money and grief in the future.

Hong Kong requires a minimum of third-party insurance for a vehicle. Arranging insurance is quick and easy, and typically cheaper than in other countries. Note: Before committing to a car, make sure you are eligible for insurance. Certain car models require a minimum age and a No Claims Bonus (NCB) percentage. Village Insurance Direct helps expats find Motor Insurance that’s affordable and comprehensive.

4. Finalise the transfer of ownership

The final stage is to visit the Transport Department with the following required documents: insurance cover note, HKID, proof of address (within the past three months), and form TD25 to be completed and signed by both parties, along with a HK$1,000 transfer fee (at the buyer’s expense). The owner will sign form TD25 once they have received the remaining balance for the car. This can be done by cash, cheque or bank cashier order at the seller’s request

Complications in Childbirth: Why you need maternity insurance

The most awaited moment in pregnancy is, of course, the birth. After nine, gruelling months of nonstop, odd cravings, bloating, back pain, and weight gain, we are finally going to see the little bundle of joy that will make it all worth it.

However, birth is just as dangerous as the first three months of pregnancy, if not, riskier. The lives of two people or more (in cases of multiples) are on the line.  Which is why being well-informed and readily prepared is imperative to assure a safe transition from womb to the outside world for the baby, and lessen postpartum complications for the mother.

With that said, here are some of the most common causes of mortality or morbidity for mother and child that you can inquire to your physician during your next visit.

Complications of the baby

According to the World Health Organization, 80% of global neonatal deaths are from preterm birth complications, newborn infections, and perinatal asphyxia.

“Preemies”—premature babies—are born before the 37th week of gestation and are therefore not yet fully equipped ready for the outside world.  One of the most monitored organs in preemies are the lungs. Premature lungs can lead to Respiratory Distress Syndrome which causes harsh and difficulty in breathing.  It can also lead to apnea, bronchopulmonary dysplasia, and infections such as pneumonia. The most common treatment is the use of a ventilator with careful monitoring, and, in cases of infections, antibiotics.

Aside from pneumonia, newborn infections can lead to meningitis and conjunctivitis. Cases, where minor infections are not treated immediately, can also lead to neonatal sepsis.

Perinatal asphyxia is the lack of blood flow or gas exchange to or from the fetus in the period immediately before, during, or after the birth process, which can result in systemic and neurologic consequences.  It can be due to compromised maternal hemodynamics, uterine conditions, placenta and umbilical cord, and infection. Due to lack of access, developing countries have 10 times higher incidences of perinatal asphyxiation as opposed to developed countries.

Complications of the mother

There is one grim saying that I often hear whenever I talk with doctors: “When a mother gives birth, one foot is in the grave.”

As of 2018, approximately 830 women die of childbirth every day, 99% of which are from developing countries. They are usually due to pregnancy and most are preventable or treatable.

Severe bleeding after childbirth, infections after childbirth, and high blood pressure during pregnancy (pre-eclampsia and eclampsia) are some of the major complications that account for most of all maternal deaths.

Postpartum bleeding—severe bleeding after birth postpartum bleeding—accounts for at least 27% of maternal deaths and is usually caused by the inability of the uterus to contract such as in cases of uterine atony.

Mothers are more prone to infections in cases of cesarean sections and prolonged labour since more is exposed in a longer amount of time. Moreover, it can occur if even just one of the medical staff does not practice proper antiseptic techniques and if their tools are not properly sterilized.

Pre-eclampsia is a condition that can occur during pregnancy which involves elevated blood pressure and protein in the urine. If not managed, it can lead to eclampsia which manifests as seizures. The exact cause of the condition is not yet known.

The birth of a child is a miracle unlike any other. For a mother and her newborn to hold each other after nine months of being “so close, yet so far” is a sensation unlike any other. Losing a child before its life even begins is one of the biggest heartbreaks one can imagine, and losing a mother before knowing her is just as painful.

All of the conditions presented above can be prevented by proper medical care by proficient and supervised medical personnel, proper medical equipment and supplies, and a well-thought-of birth plan. So, read, ask, and plan ahead. The mixture of a mother’s laugh and a baby’s coos is worth it in the end. Most importantly, be prepared.

Find a health insurance cover that will take care of the bills in case the worst happens. 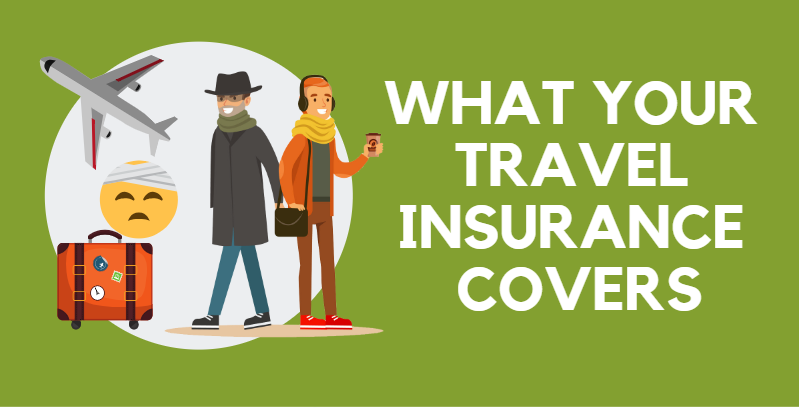 This infographic shows the standard coverage for most travel insurance policies for international travel.